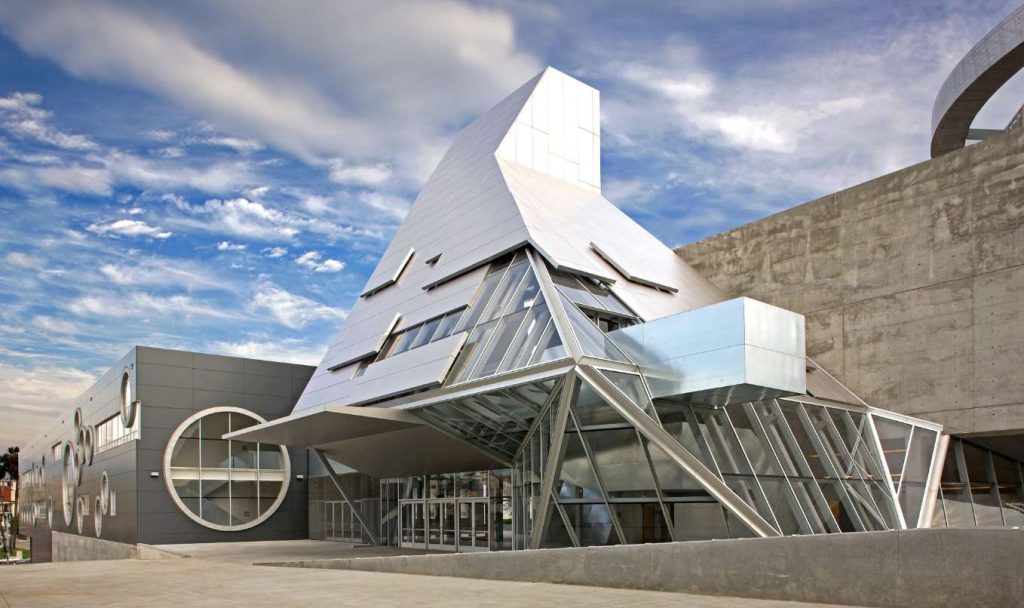 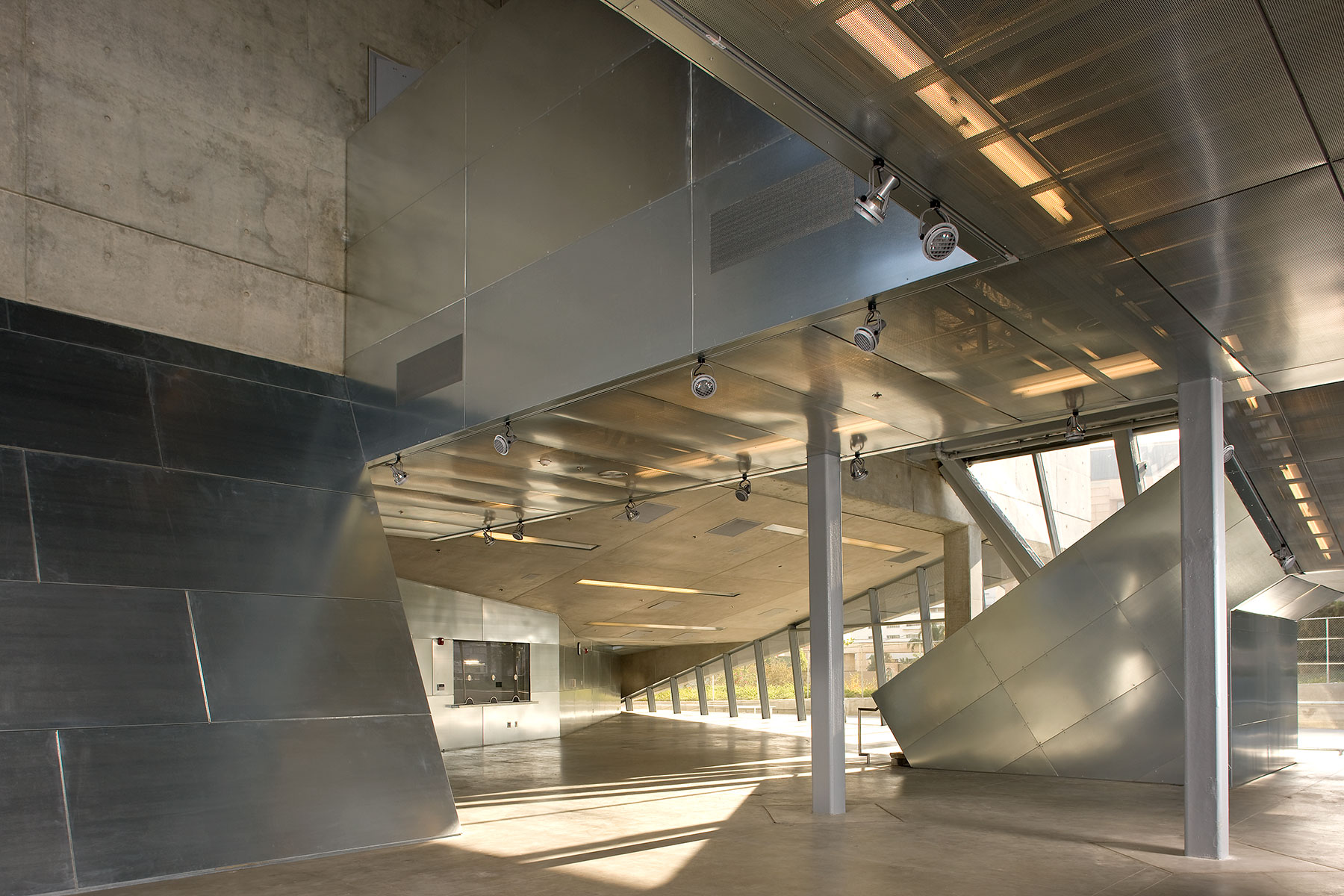 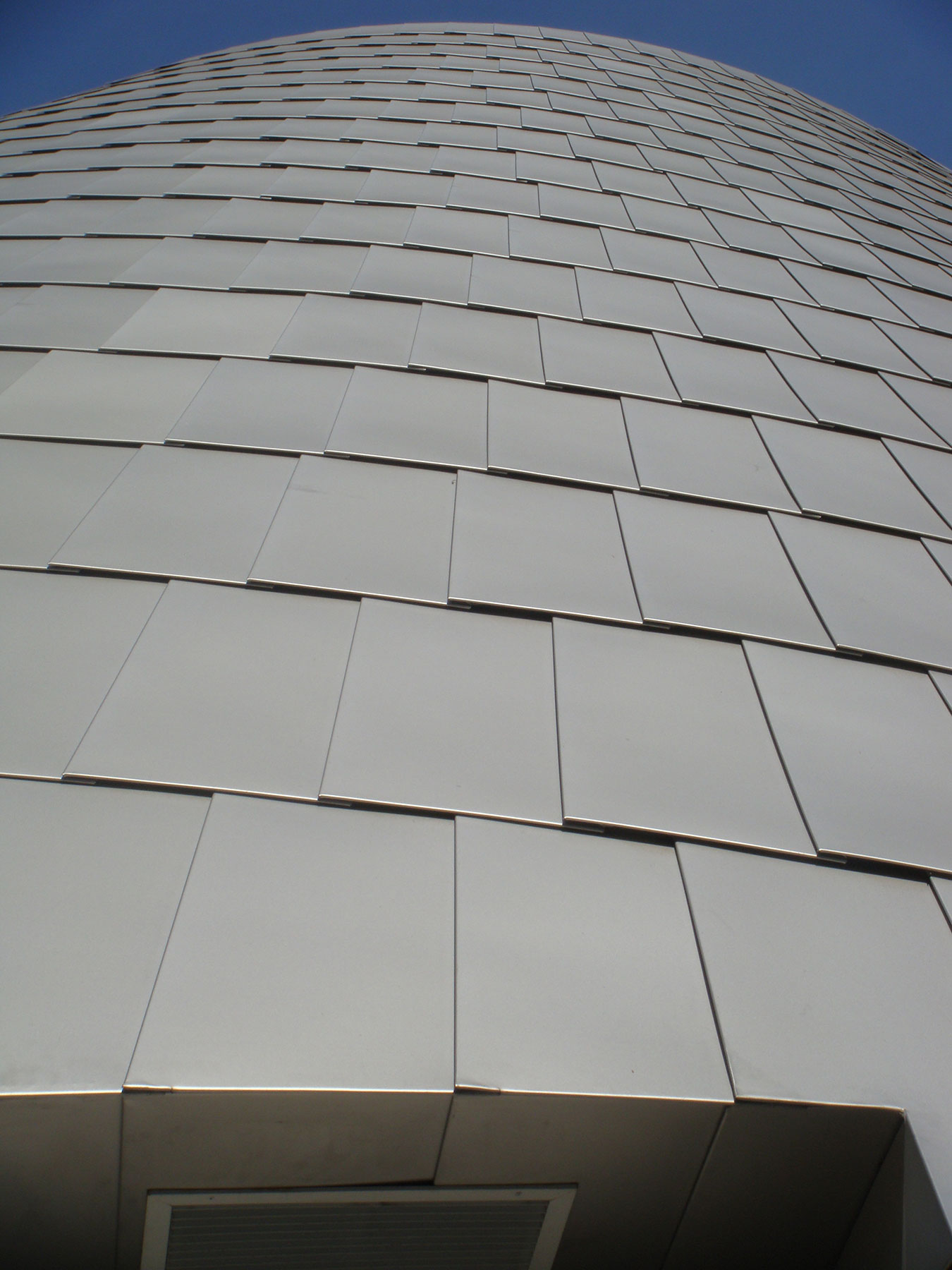 At $235 million, the Ramon C. Cortines school is the second most expensive high school ever built in the United States. The Visual and Performing Arts school is located in downtown Los Angeles at the northern end of Grand Avenue on the historic Fort Moore Hill, the prior site for LAUSD headquarters.

The high school tower stands over the Hollywood freeway. Its helix is a sloping and twisting steel element that CMF clad with 294 10-gauge perforated stainless steel panels. Almost every panel had to be custom-fit. Many of the panels had to be cut and welded while working out of a 135-foot boom lift, swing stage or scaffold.

The school lobby is one of the first buildings in the United States to have stainless steel composite panels installed to such a large degree. Over 10,000 square feet of panels were installed on the building, with custom window pop-outs fabricated and waterproofed with a custom drainage system and expansion joint to allow for 6” of movement.

There were eight main buildings on the jobsite. The library, which is the center point of the school, is an offset cone covered with over 3,000 18-gauge Contrarian “Invarimatte” stainless steel flat panels.

On the lobby interior, CMF fabricated and installed 18-gauge galvanized and perforated panels with a 3/8” non-perforated border and a 3/8” gap between panels. The installation was more difficult because it was performed on sloped and tapered walls behind structural elements.

The structural tolerance allowances of both the primary and secondary steel on the tower did not allow CMF the precise substrate to perform its work, so the company had to design a system that was supported by the frames and provided the architect the look he wanted.

CMF installed over 26,000 square feet of aluminum composite panels (ACM) on the visual arts building. Since the ACM was pre-manufactured, the dimensions supplied to the fabricator were critical, especially considering the circular windows installed along both long sides of the building. A consistent 5/8” reveal was required at every window in the building, with custom mounting clips fabricated and installed for every circular window fascia. 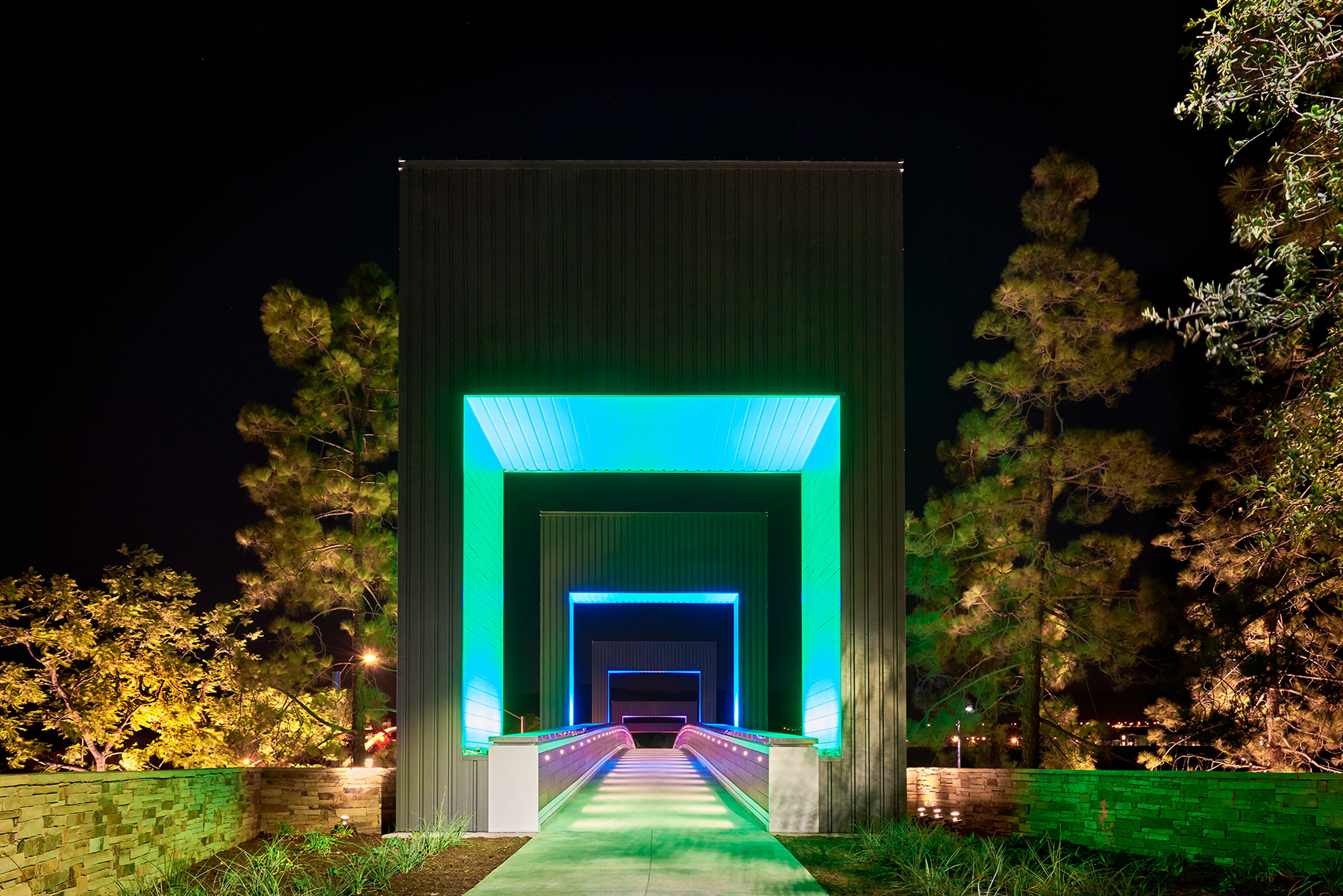